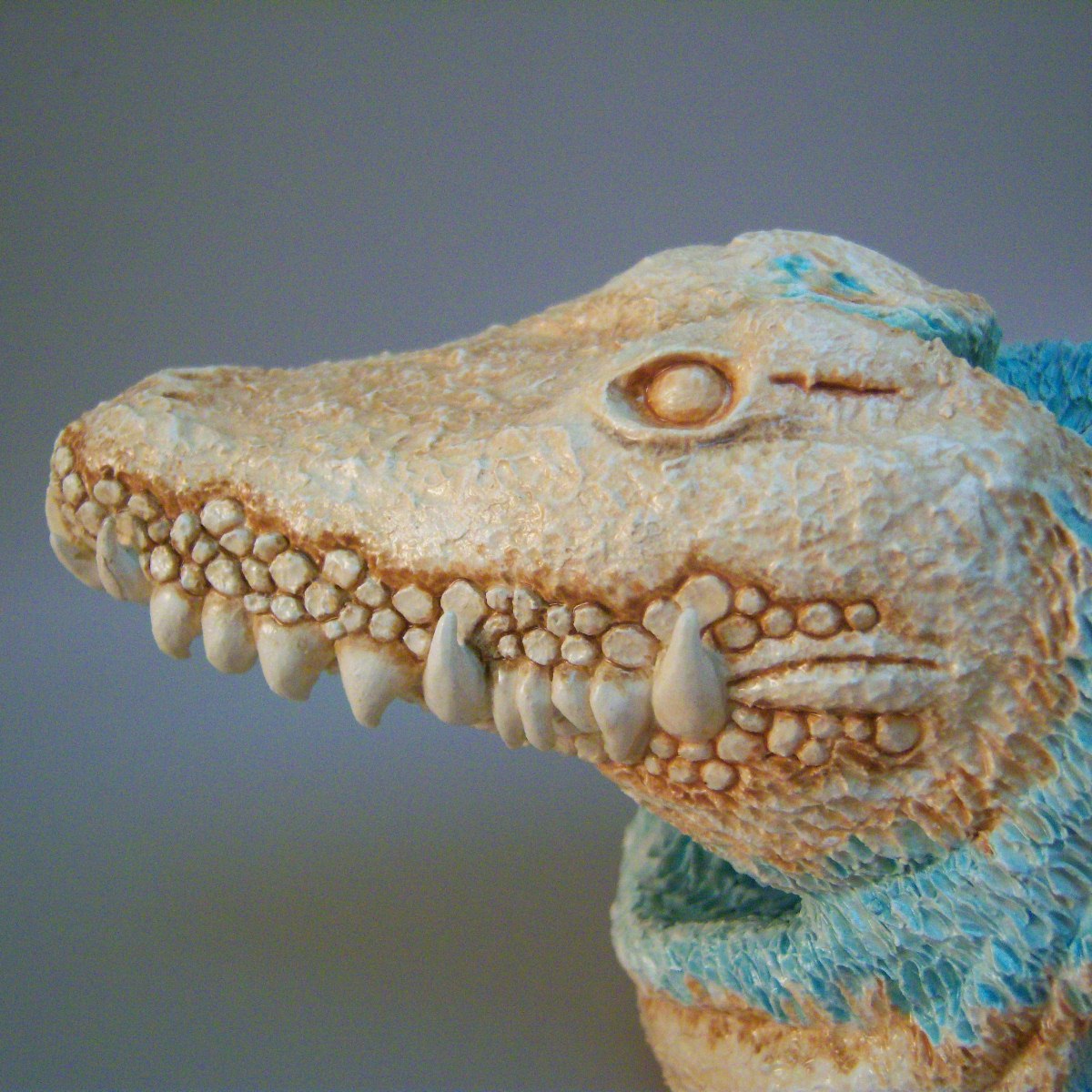 A Nile crocodile…who would have thunk it? This sculpture, like the rhino and mud woman sculptures, is an experiment in depicting flowing water and mud evolving into the Nile crocodile’s body. On the good side, by working with such an “ugly” subject, every time my son teases me by saying, “What an ugly sculpture”, I can answer him with, “Thank you, you’re right” because crocodiles are uniquely gross looking. And that’s exactly what made this subject so interesting for me to sculpt – his rough bumpy skin and teeth coming out at all sort of different angles.
Most of the flowing water and mud parts are done. I have a bit more work to do on his front feet and head, as well as blending the water and mud parts. I took a slight number of liberties – like having the tail up and on his body. FYI: see the small slits behind his eyes? Can you believe those are crocodile ears? Pretty interesting, huh? After he’s finished I’ll add the last photo plus additional commentary. Finished…a few more liberties taken…but, but…I am an artist. Check out these two links for interesting Nile crocodile facts: crocodylus niloticus & Nile crocodile Wikipedia. What’s really funny? If you read a description of a Nile crocodile without knowing what was being described you would definitely think Hollywood horror flick. See what I mean: maximum length 20 ft 5 in with an average weight of 500 lbs but will reach weights of up to 1650 lbs. The teeth are long and conical – has 66 teeth. Has short, squat legs which end in sharp claws. The back and tail are covered in rows of knobs. Has large, stocky body with a snout that is long and broad and ends in nostrils which will close underwater. Eyes have a third eyelid which protect them while underwater. Has a special throat pouch which allows them to eat underwater. Oooooooo, creepy. No more swimming for me!